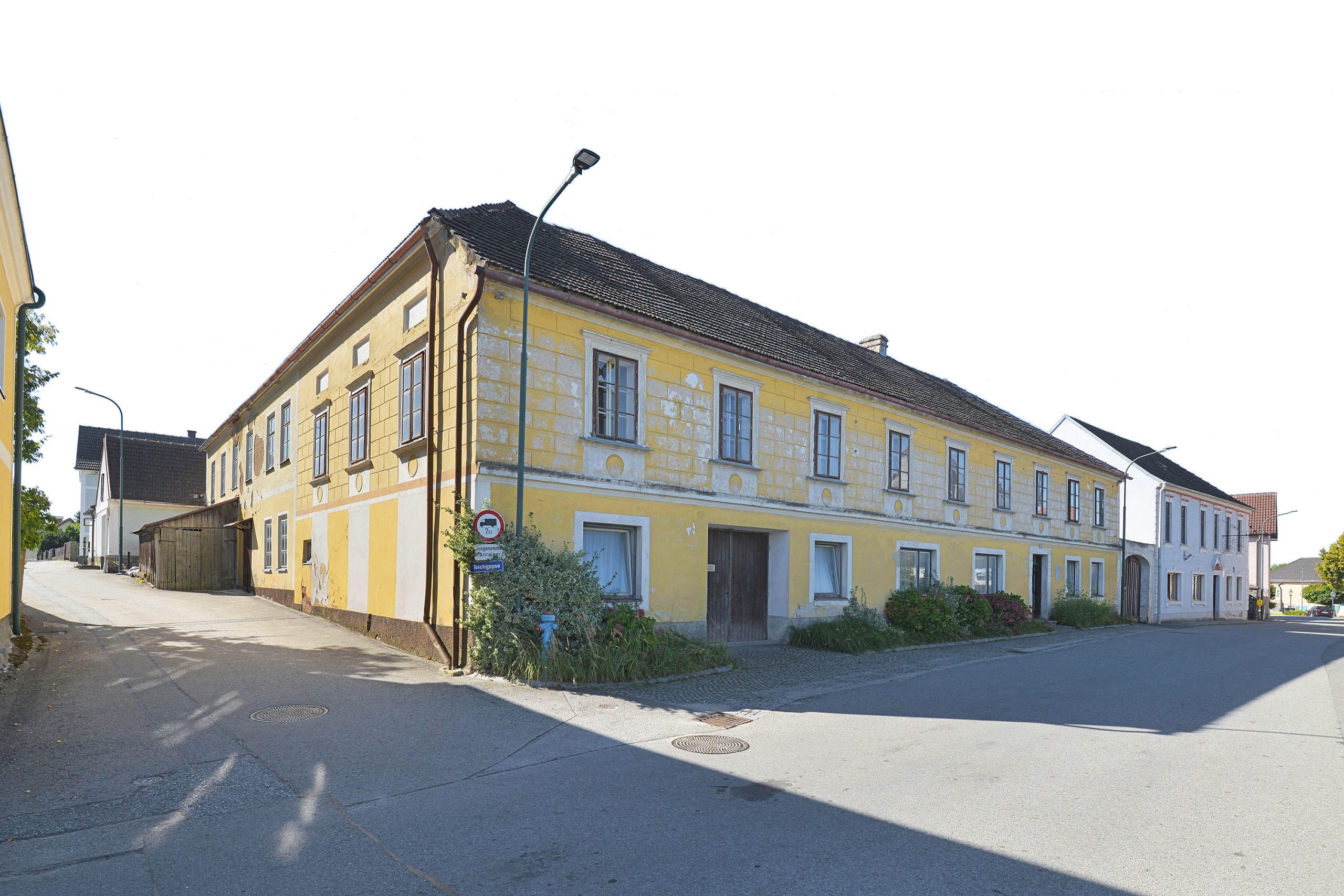 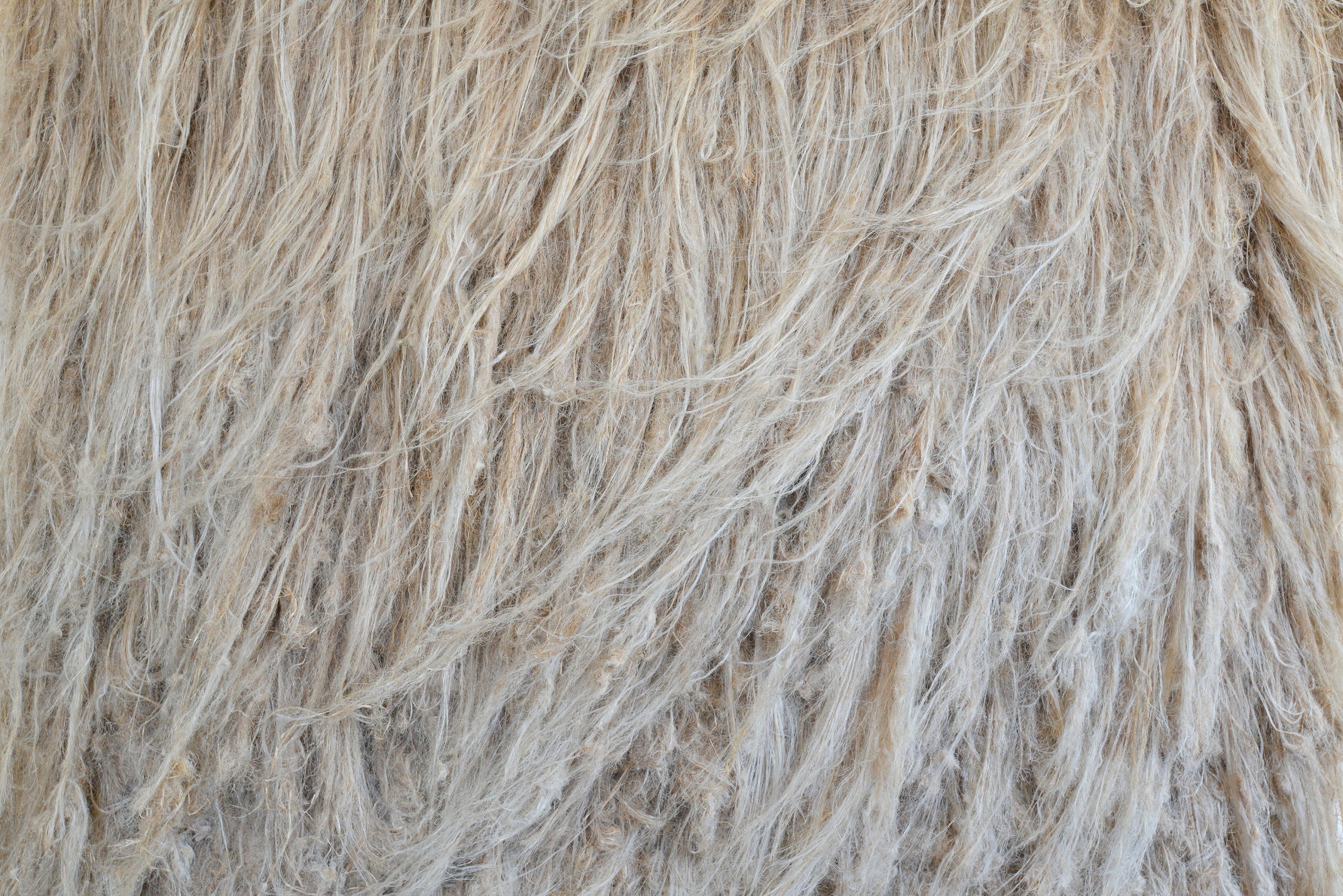 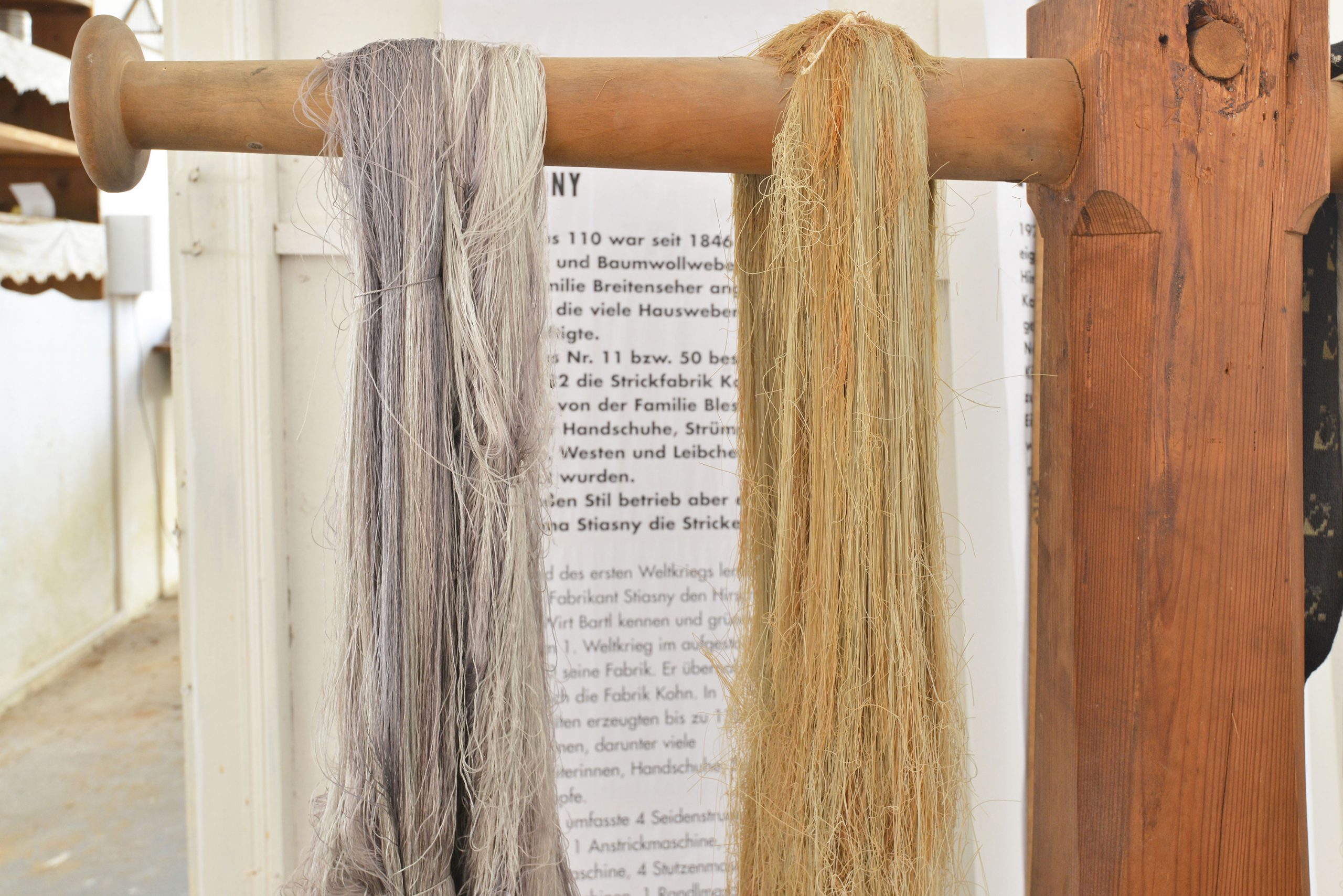 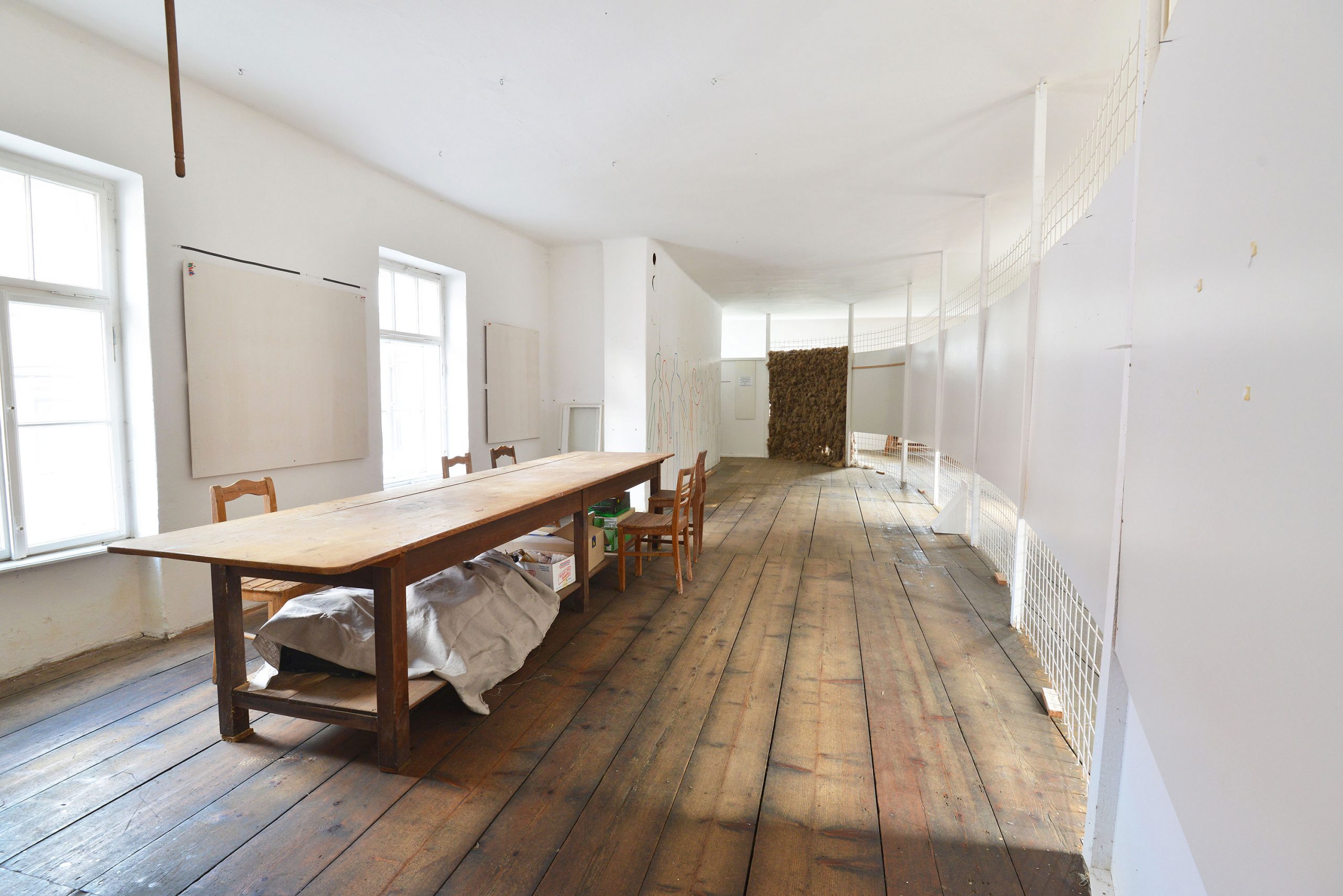 Textile heritage, invisible present, reactive future.
How an abandoned textile factory along the textile road in Hirschbach conquered our hearts. An experience that is about textiles, rural potentials and expanded activities in the village context of the northern Waldviertel.

The building itself was erected in the second half of the 19th century, extended before the First World War and used, among other things, as a cooperative building for home weavers. The infrastructure was supposed to provide stability in the competitive business of home weaving. Nevertheless, the competition remained too great, the turmoil of history too close and the exploitative dynamics surrounding textiles intolerable. However, there was no saving on building substance or finish. This is one of the reasons why the building is still in a decent condition after more than 150 years and a change of owners. An interesting aspect of the 800m² interior, including production rooms, living quarters, stables and barns, as well as the 1,400m² courtyards, is the hybrid interplay of the whole. Although the building functioned as a production site, it was also used for living and self-sufficient agricultural purposes.
In the last days of the knitwear factory, before it closed its doors on 23 September 1966, socks and gloves were produced for the Austrian army.
Due to the history as well as the previous invisibility, the strategic direction for such an undertaking is clear. We will (have to) renovate the building in some areas and make it accessible to the public. Participatory activities are already underway. Historic preservation is also on the agenda. Residents, creative people, educational institutions, students and start-ups are already showing interest in getting involved. A potpourri of structural restoration and diversity of activities that we would like to bundle. The structure will be flexibly adapted to this. It will be possible to live there (temporarily), there will be co-working and learning spaces and an event area that can be activated. The mix of work and culture, the esprit of openness both internally and externally should provide impulses.