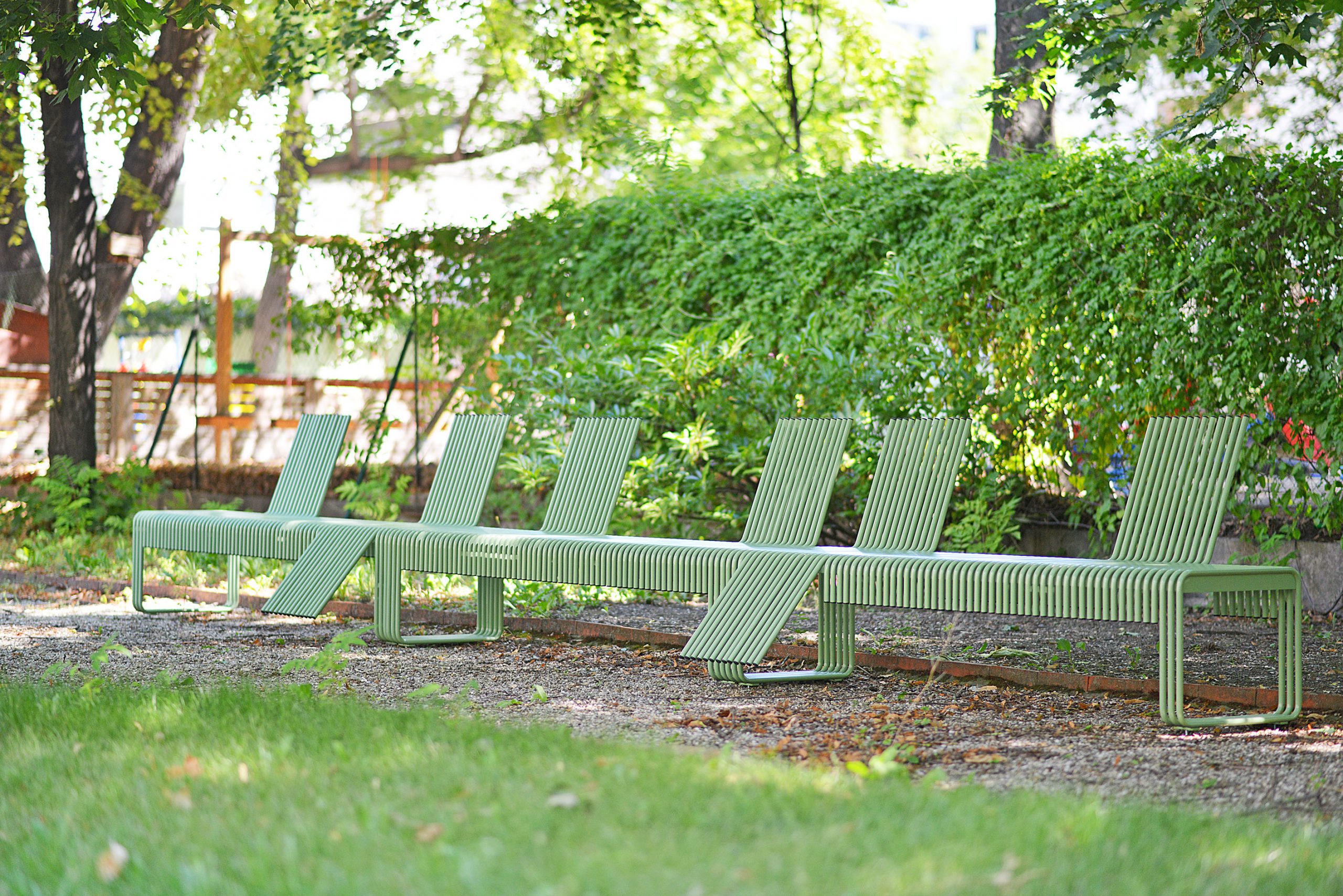 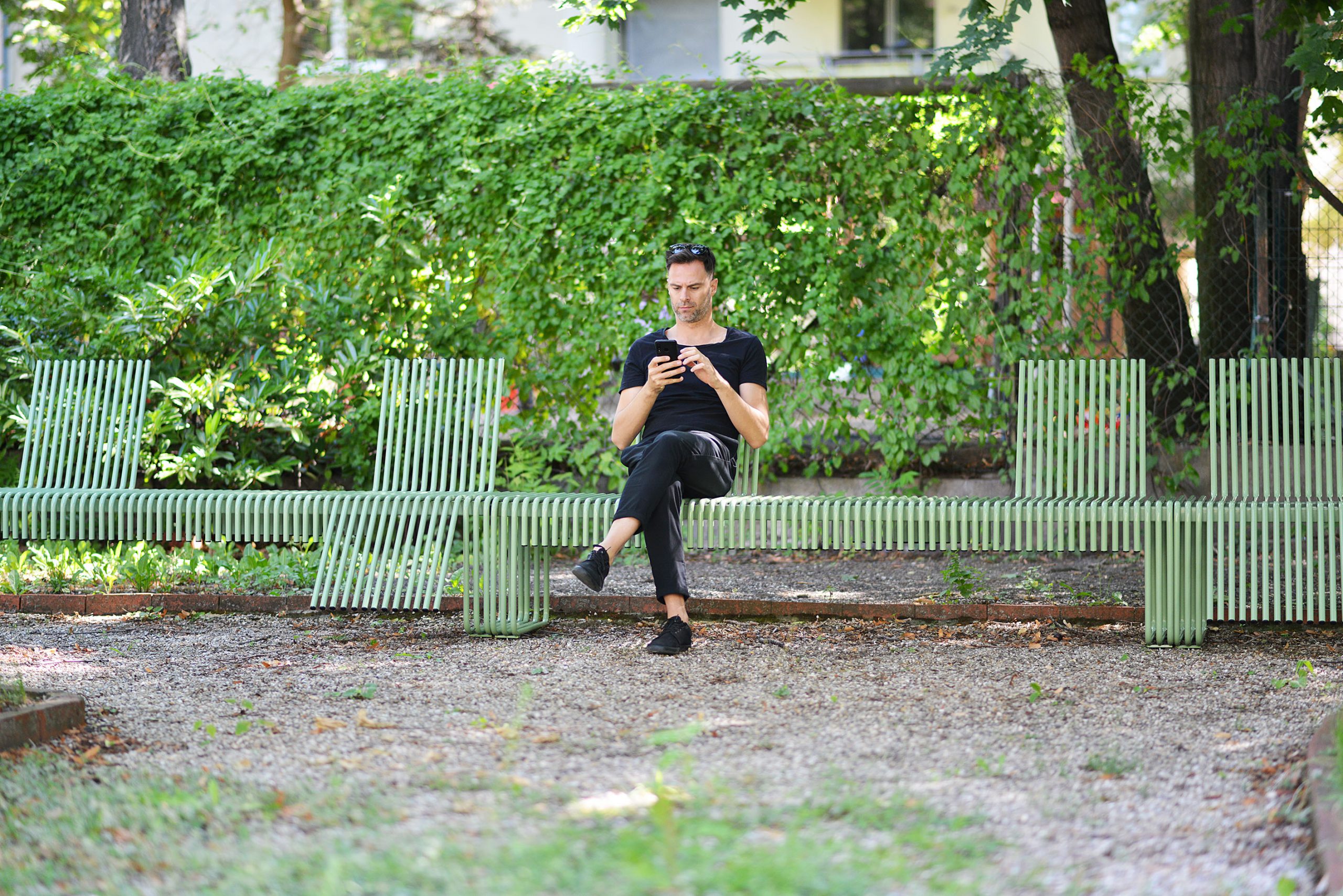 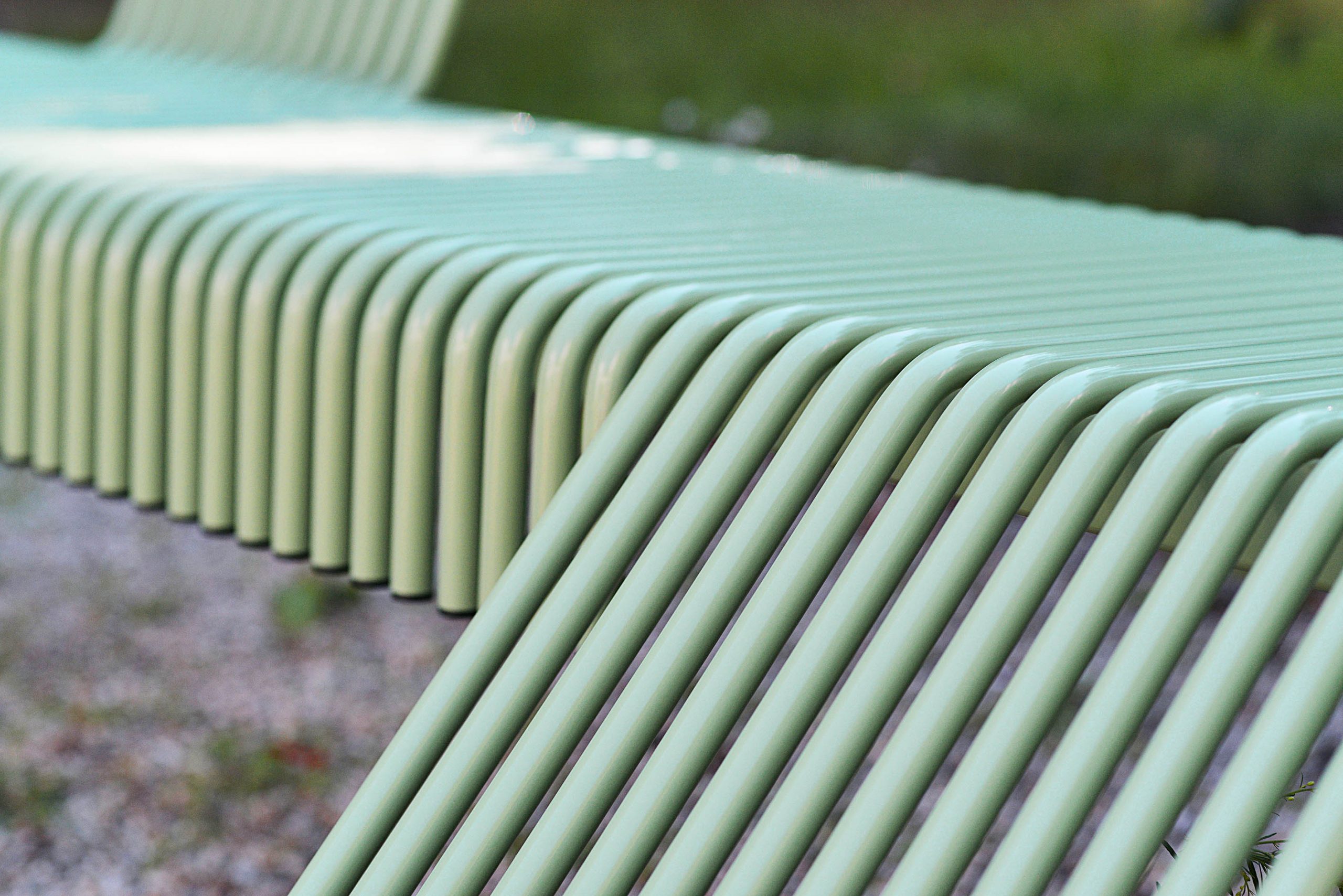 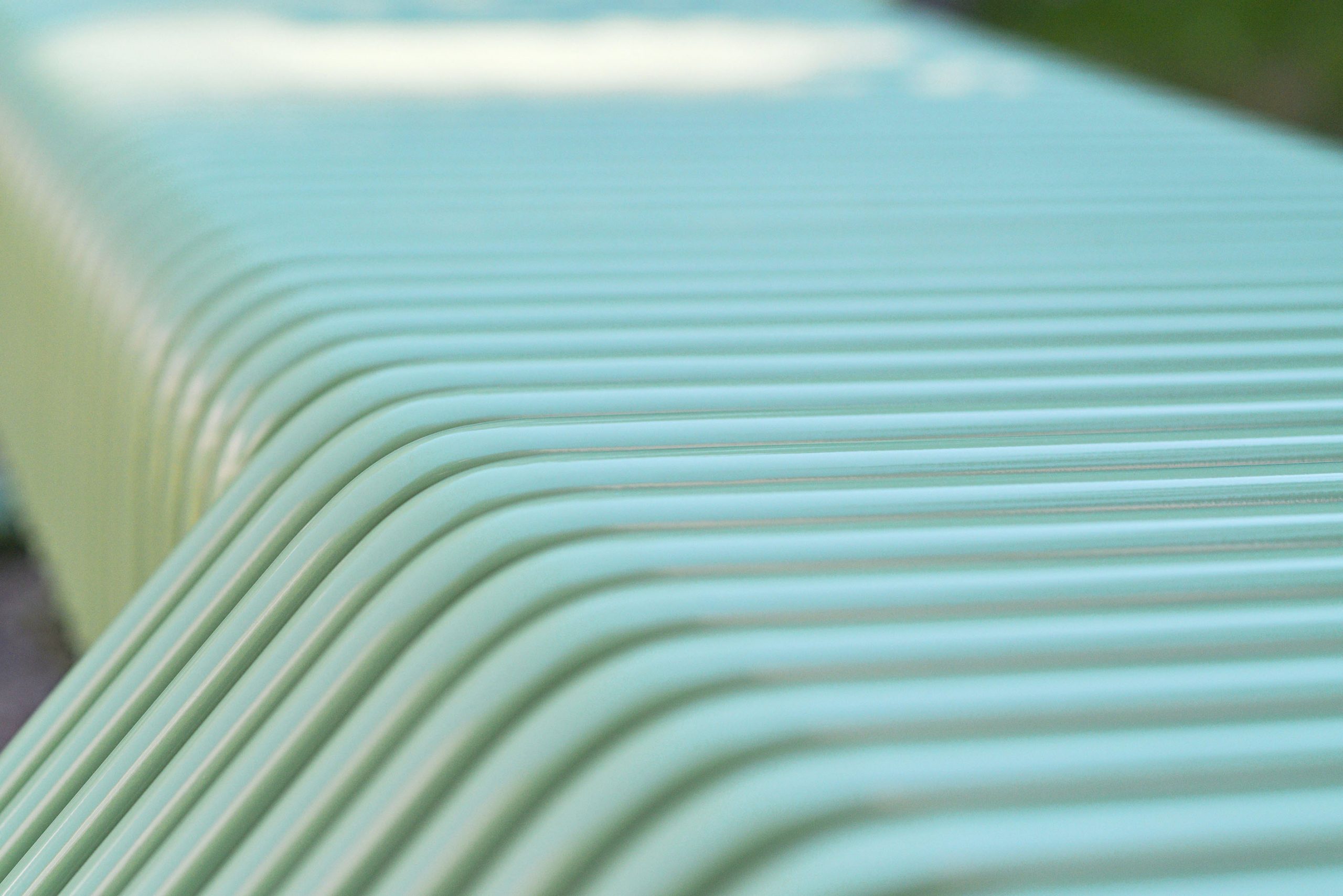 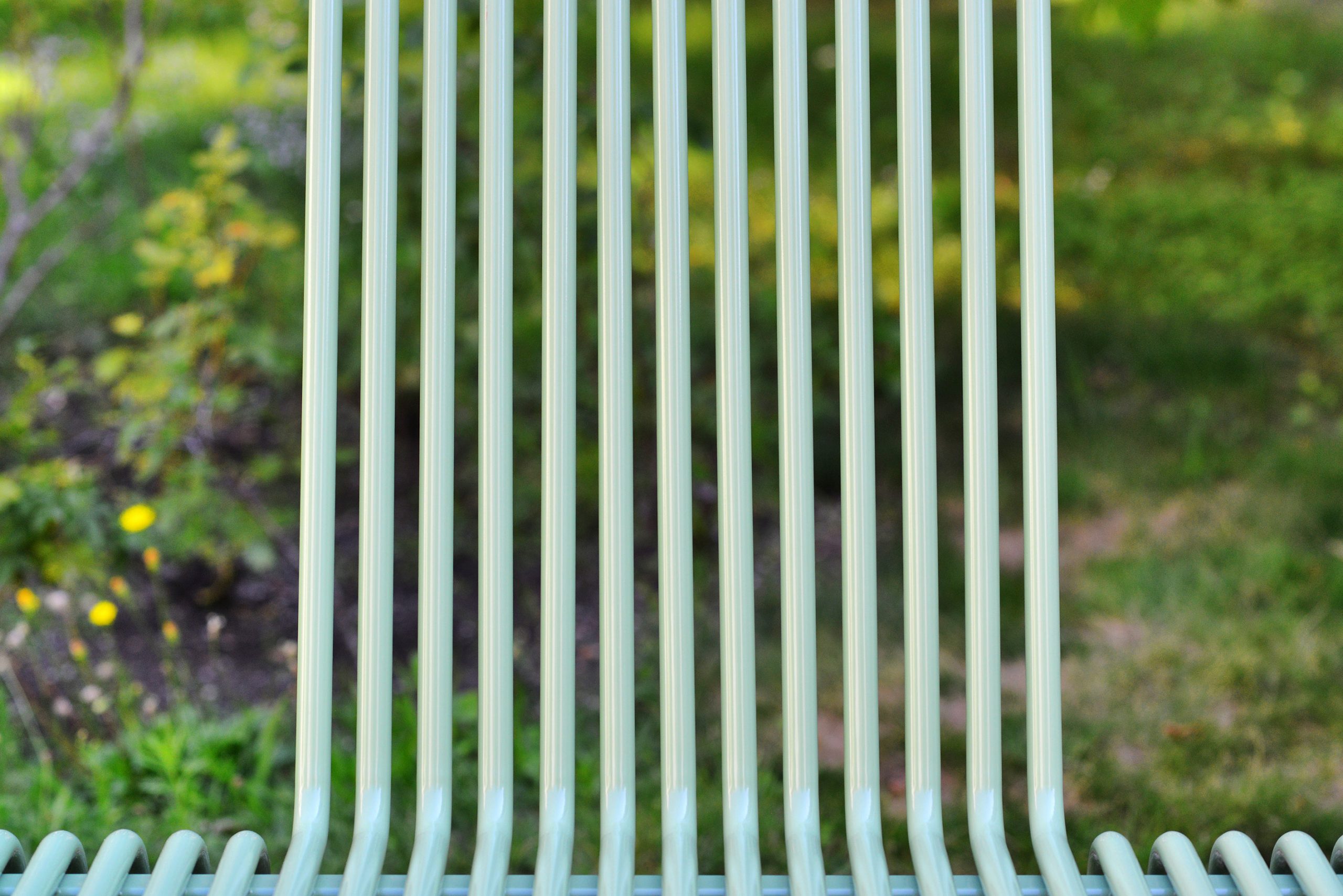 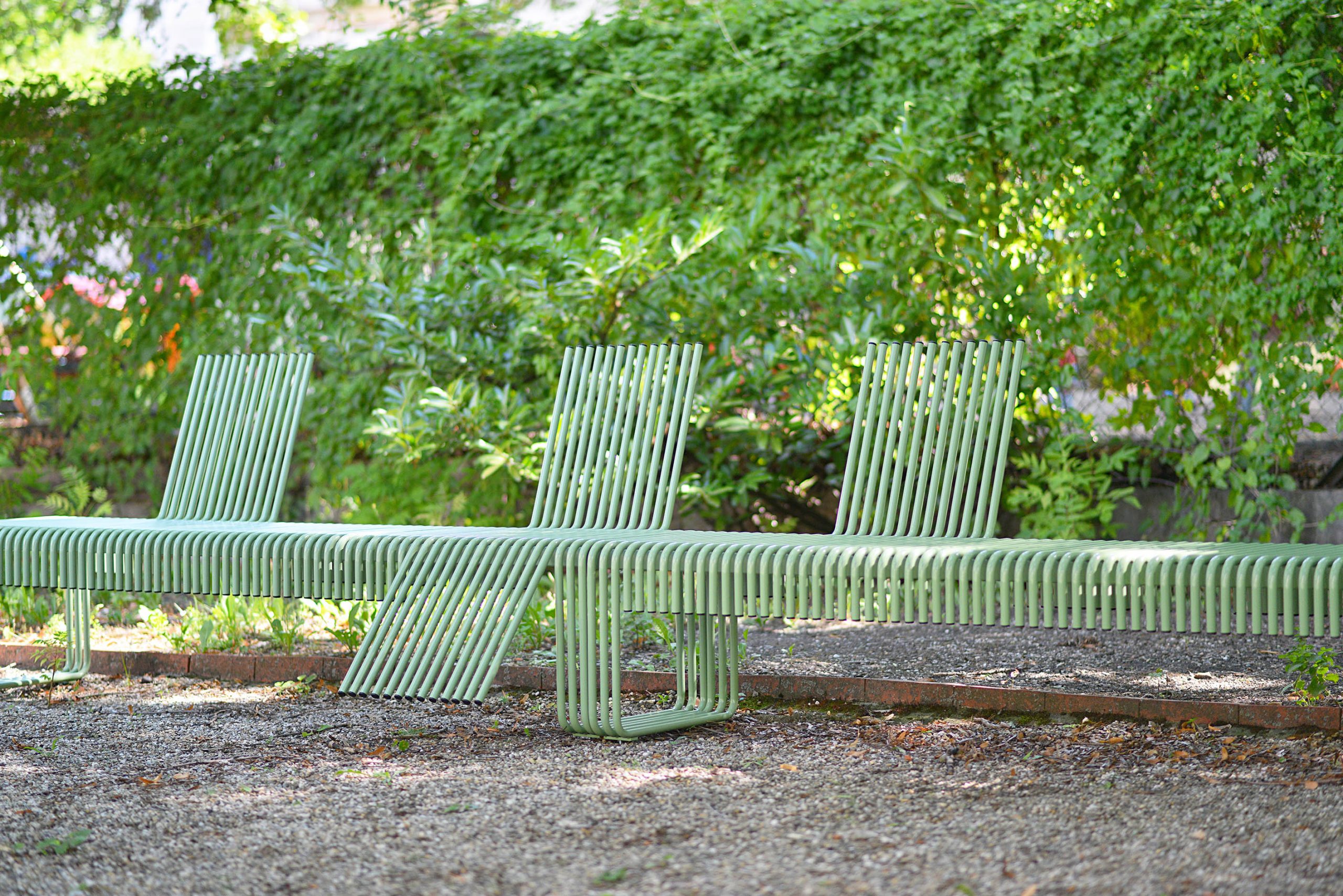 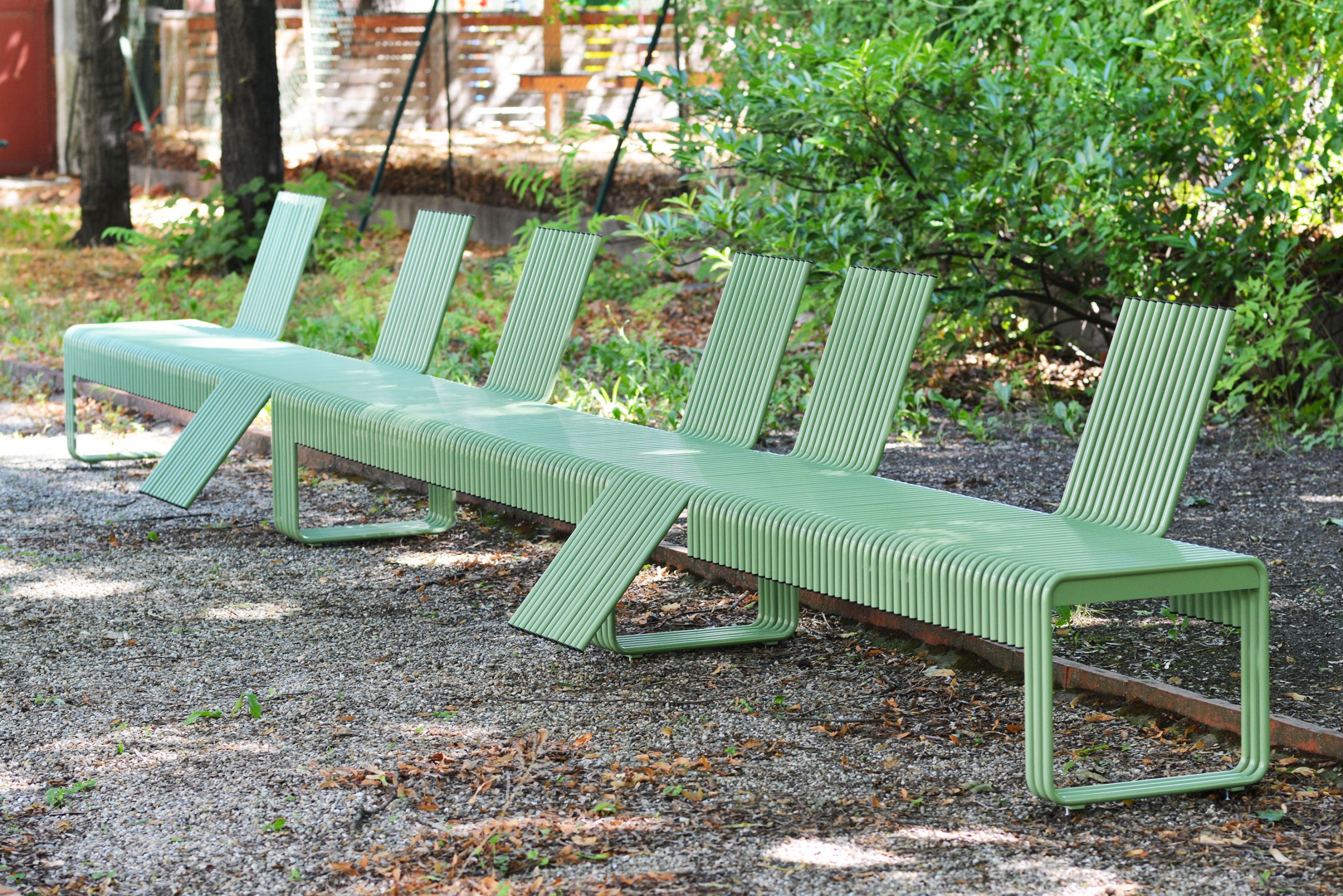 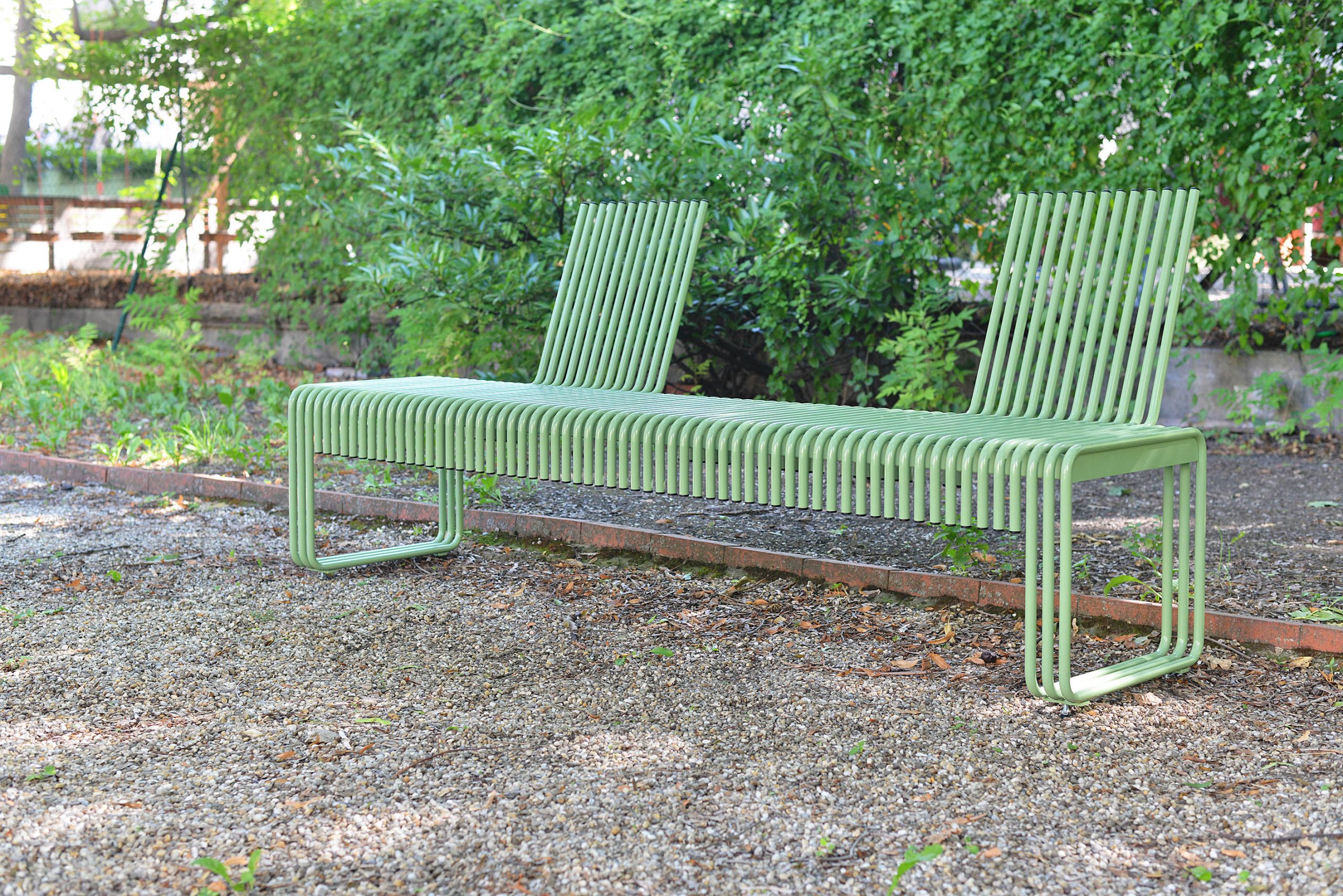 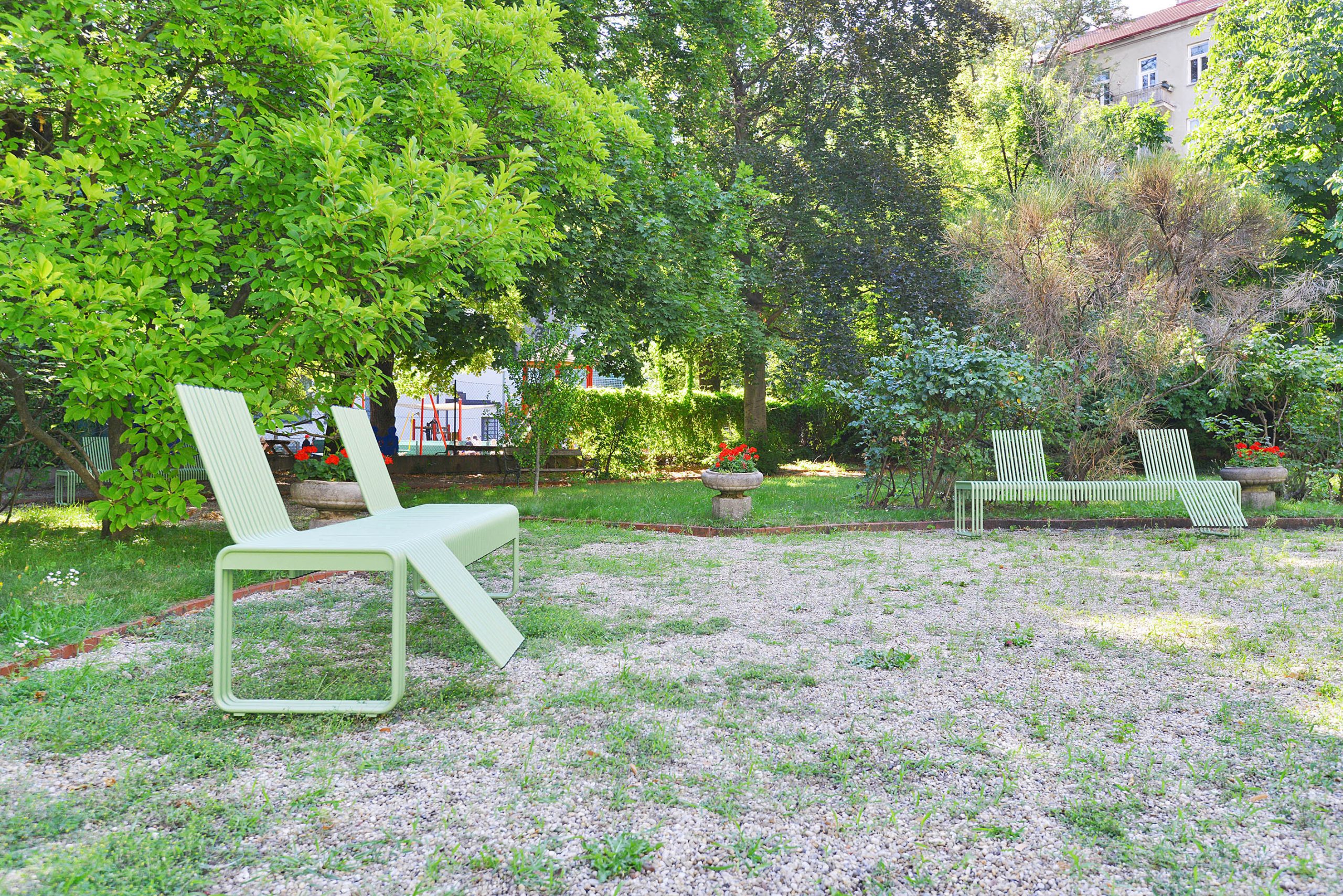 /Intermèzzo/ Noun, neuter [that] – interlude in drama, in serious opera

The Palazzo Sternberg, home to the Istituto Italiano di Cultura (IIC) – the Italian Institute for Culture and the Italian Consular Agency of Vienna, is the last remaining “Gartenpalais” along Ungargasse in the heart of the 3rd Viennese district. The current state of the garden can be described as welcomely wild, dreamy calm and uniquely natural. A hidden gem which lacks appropriate sitting places, where to admire the unfolding of nature and representation of historic architecture. Acknowledging this, Fabrizio Iurlano – director of the IIC, asked for a proper design of an outdoor furniture as a resting and welcoming place for the numerous cultural activities such as the widely known Italian concerts. We responded humbly by inserting three long benches. Benches, which aren’t obstructing the natural flow of the garden and its mesmerizing colours. The used weather-resistant tubular steel was therefore assembled in an open rhythm to add a subtly but special note to the whole environment. Its open shape varies in hight, length and angle, inviting guests to sit, lean or lay. An ideal space for the breaks between the cultural events, called “intermezzo” and the well-known Italian “pausa caffè”. Therefore, the furniture works as a merging point between cultures, the human and “The Unending Attraction of Nature”* . This holistic merging function was also decisive when choosing the colour, colloquially called the “Otto-Wagner-Grün”, using the tone as a visual-functional element rather than a historic legacy. Aforementioned comparisons and choices underlay the strong attachment of the “Italian” furniture to the Viennese/Austrian perception. An Intermezzo for the Istituto Italiano di Cultura at Palazzo Sternberg in the heart of Vienna.

*from Max Peintners “The Unending Attraction of Nature”, 1970/71 Intermezzo